Khabib Nurmagomedov broke down in tears and retired after claiming a beautiful submission victory over Justin Gaethje at UFC 254.

And immediately after the bout, he announced it was his last fight after moving to 29-0 and proved himself to be one of the greatest to ever step foot in the octagon.

The UFC lightweight champion retained his 155lbs title and cemented his reputation as the best fighter on the planet as he nullified the dangerous Gaethje.

Nurmagomedov locked in a triangle choke at the beginning of the second round after a typically aggressive takedown and proceeded to break down in tears after ‘The Highlight’ passed out.

Coming into the bout on ‘Fight Island’, many predicted the 32-year-old would be presented with the most difficult task of his career.

However, he secured the choke to leave Gaethje unconscious and took an emotional moment in the centre of the octagon to commemorate his late father. 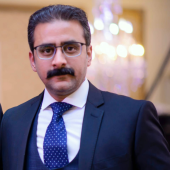